Connect 0xWarriors to your EOS, Tron or Ethereum wallet

0xWarriors is a multiplayer RPG that lets players manage squads of warriors, equip them with unique weapons and send them to battle. The game supports Ethereum, Tron, and EOS. Therefore players can use either Metamask, tronlink, or scatter to link their wallets. There is mobile support for both android and IOS.

The game mainly focuses on combat, where your main goal is to improve your squad and acquire items to become better in battle. 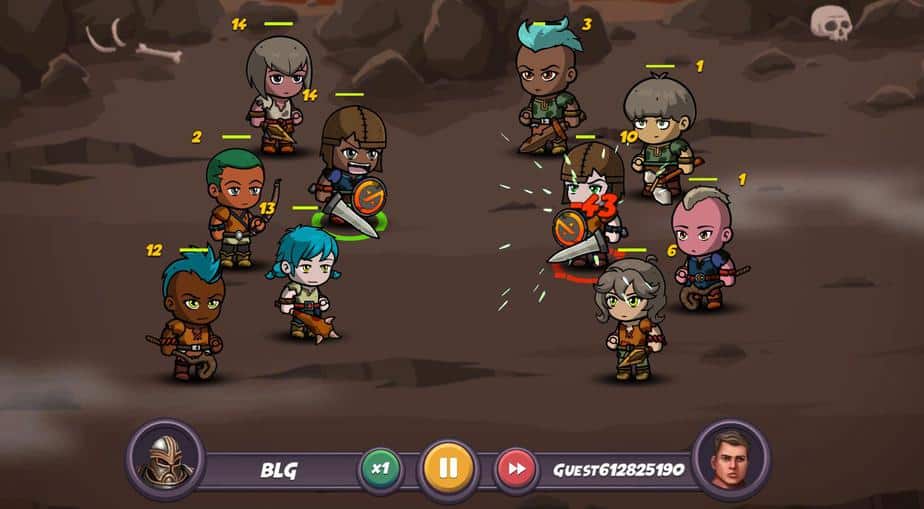 You assemble a party of five warriors and send them to battle. After a few battles, your warriors gain experience, skill points, and special abilities, which will allow them to specialize either in melee, ranged, or magic attacks.

You will be able to distribute those skill points among several traits: Constitution,strength, dexterity, and intelligence. Generally, fighters need high constitution and strength. Rangers need high dexterity, and magic wielders require high intelligence. In addition, when a warrior levels up, you’ll need to choose a special skill — for example, weapon mastery, luck, evasion, and so on.

Battle Formation is important, as well, so you’ll want to place your rangers and magic wielders at the back and your strongest warriors in front of them. The battles play automatically. You can watch your warriors fight the other team or immediately skip to the result. A warrior that loses all its health points runs a small risk of dying. You can replace a dead warrior with a new one, warriors are not digital assets, and there are no costs, but a dead warrior loses all his skills and attributes leaving only his equipment. The game offers undead warriors, which can’t be lost and die, but those warriors cost $500 worth of crypto! 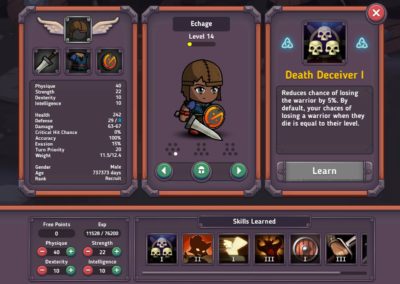 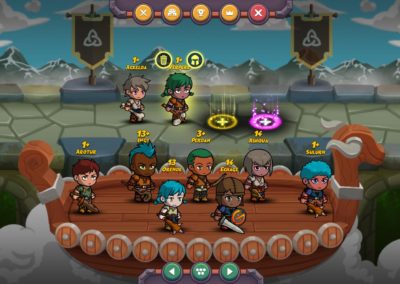 There are four tiers of items: Common, Rare, Epic, and Legendary. Eight Types of armor and weapons to choose from where Every weapon and armor piece has class-specific attributes. The game starts with a common set of weapons and armor, but you can gradually get equipment as a reward for completing specific tasks, for example, winning ten raid battles, participating in a tournament, and so on. You can claim one reward per day.

You can also buy a chest of items. There are four types of chests to buy in-game: common, reinforced, nephrite, and golden. Each chest has a higher chance of getting a better type of item. Chest prices range from $50 to $1600 for a golden chest! Another way to buy items is by buying them from other players in the marketplace.

You can participate in Arena battles, where four players compete against one another, as well as Tournament battles and Championship battles. Arena battles will allow your warriors to gain an extensive amount of experience. Tournaments cost $5 worth of crypto, where eight players compete against one another for a $50 worth common chest. Championship battles are free, but they only occur every two days. However, for every victory in a championship battle, you’ll get a lottery ticket, which gives you a chance to win a chest full of loot. 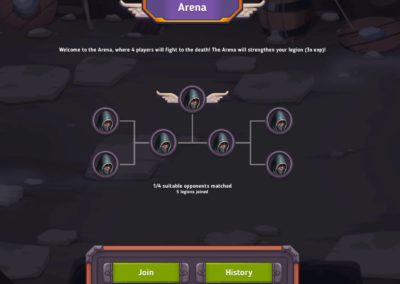 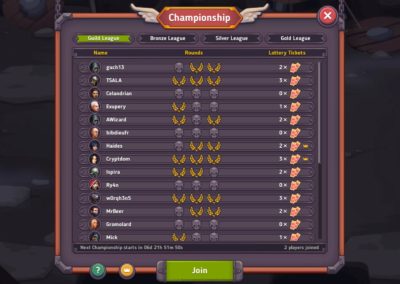 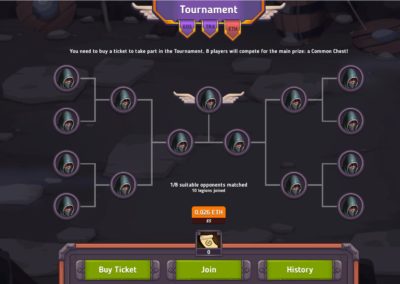 0xWarriors does not have game tokens. Your warriors are not digital collectibles. The most valuable assets in the game are the items which can give your warriors a huge advantage in the game. You can earn valuable  items by participating in Tournaments or championships. You can also purchase chests or trade items with other players in the marketplace using EOS, Tron or Ethereum. 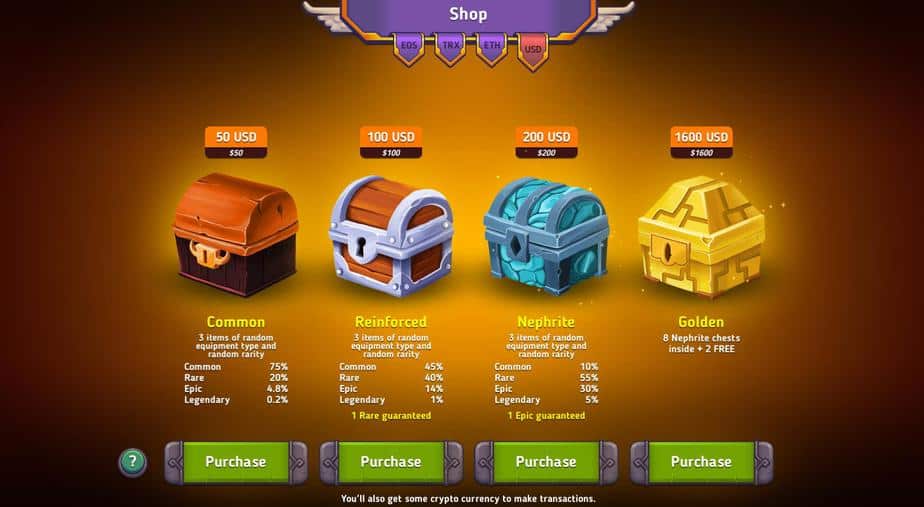 The game looks great. It is fun to play, and it has a straightforward and intuitive interface where you can drag things around and easily interact with your warriors. The battle system and character development are also very well executed where character attributes, weapons, and formations can actually make a difference between winning and losing a battle.

The game does get repetitive over time as there is no story to evolve (which is currently the situation in the entire RPG dapp space), and the main focus is on character development. 0xwarriors also fall short in their play to earn economy. Chests ($50-$1600) and undead warriors ($500) are quite expensive, and it is not clear whether there will be a market for those rare items in the future or a chance to utilize them because the development roadmap on 0xwarriors website stopped on Q1 2019. Nonetheless, new players can still enjoy the game for free and get quite far without investing in expensive equipment. They can also buy items more selectively on the marketplace. 0xwarriors is a great RPG game in the dapp space that needs to stay competitive by adding new features. 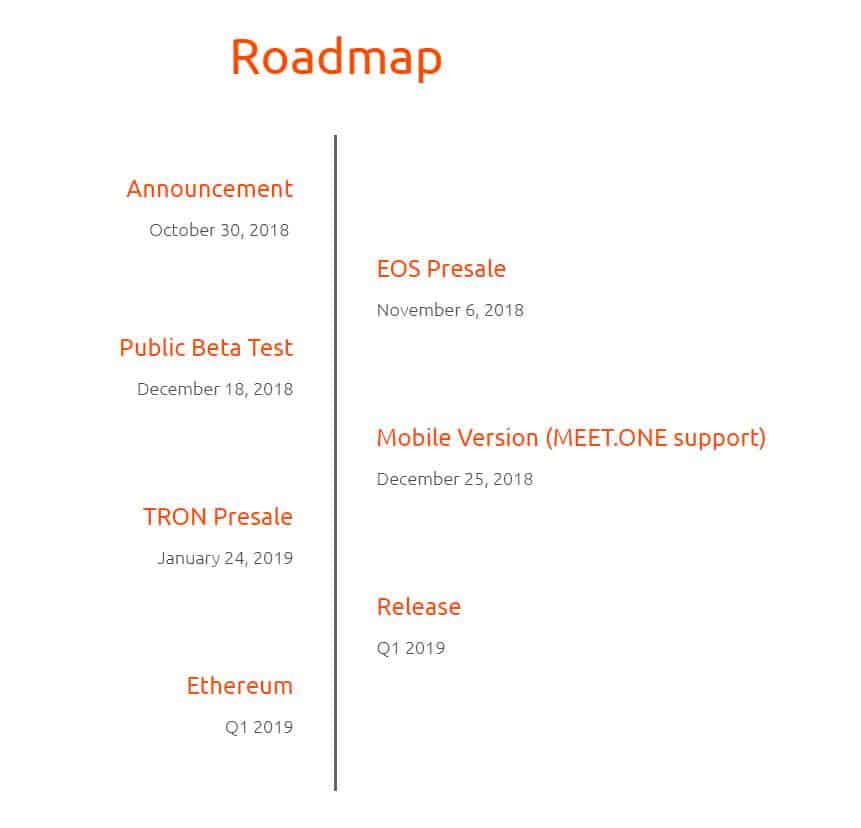