The more territory a player holds, the Bigger the reward

CryptoAssault is a decentralized strategy MMO crypto game where players battle in a vast 3D world with thousands of players, capture territory, and earn Ethereum daily. Cryptoassault units are tradable NFT tokens that have unique stats.

The 3D terrain also plays a strategic part. Units need to avoid water, trees, mountains, and other ground vehicles, while planes and helicopters can fly over most obstacles. When a unit loses a battle, they go back to their owner’s inventory and cannot be deployed for another 24 hours. Players can form alliances and conquer the map together as an army sharing the resources.

The game uses the ASLT token as its in-game currency. Use ASLT tokens to purchase items and units from the in-game store as well for speeding up wait times, such as deployment and cooldowns.

Cryptoassault is partnered with Cryptomibs. You can now forge your Cryptoassault units and your mibs together and create unique marbles with special powers. You can then use those marbles top play Cryptomibs games.

CryptoAssault is playable on any popular web browser using Metamask. 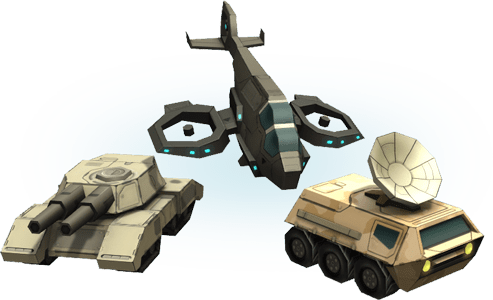